The English Disco Lovers is a digital disruption campaign that aims to reclaim the acronym “EDL” from the English Defence League – a far-right movement based in the UK which propagates anti-Muslim hate. The English Disco Lovers seek to combat extremism and extremist narratives through humour and promotion of social cohesion. It is a “Google bomb” campaign that utilises search engine optimisation (SEO) to try to outrank the English Defence League in web searches and on social media. The group also holds offline events to raise awareness about far-right extremism and promote their message of “one world, one race, one disco.” 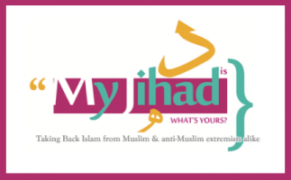 “Taking Back Islam from Muslim and Anti-Muslim Extremists Alike”