The Misled was a multi-platform campaign consisting of a hip-hop album and web-based miniseries developed by Lebanese, Syrian, Palestinian and Jordan rap artists and creatives involved in research on extremism. The objective was to give a voice to frustrated and disenfranchized youth in the region while demonstrating inconsistencies in jihadist recruitment messaging.

The miniseries featured music from the album, and was launched with a multimedia campaign that included a short documentary. The album and web series launched simultaneously on Soundcloud and Facebook, garnering more than 150,000 listens, and some 1.5 million views. The Misled blended counter-culture with a message of hope and unity. The album and its collective of artists led to the production of the documentary.

An integral element in this campaign was the involvement of the target audience in the production of content. Local hip-hop artists and producers, who understood the issues on the ground, created the content. Extensive message testing was conducted to make sure the campaign would resonate with the people it was trying to reach.

An evaluation of the campaign showed that it had significant impact among its target audience. A vast majority of those that engaged with the content were young men in the geographies of interest. Qualitative assessment also showed that the campaign positively influenced the target audience, particularly in terms of building resilience to extremist recruitment messaging. 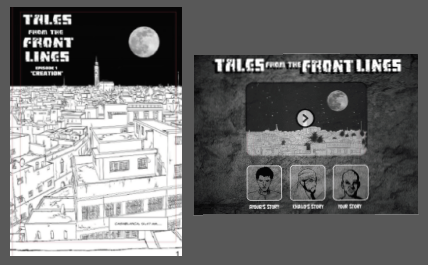 A comic book and video series for youth between ages 15 and 25.