One-to-One is an online intervention program managed by the Institute for Strategic Dialogue (ISD) – a counter-extremism think tank based in London – in cooperation with Curtin University and members of the Against Violent Extremism (AVE) Network. Candidates in the UK, USA and Canada were identified on Facebook via open sources, and those who were at-risk or already expressing sympathies for extremist organisations were matched up with an appropriate intervention provider (either a former extremist, a survivor of extremist violence, or a psychologist) based on age, ideology and gender. The intervention provider would then send a direct message to the at-risk individual to try to start a dialogue and sow initial seeds of doubt around the validity of extremist groups and narratives. The first phase of the programme underwent thorough measurement and evaluation and found that individuals expressing support for violent exremism online can be identified with speed and at scale, and that, for the most part, these individuals do respond to outreach from intervention providers. The promising response from some of the individuals reached out to, such as relaying a desire to keep talking and/or to meet offline, suggest long-term, positive impact would have been achievable had the programme had more resourcing. For more information, read the full report, found on ISD’s website.

A campaign with a clearly defined target audience that aims to promote critical, online engagement and to counter Islamist propaganda. 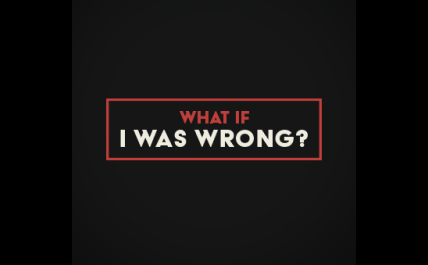 “ONE QUESTION, ONE CAMPAIGN. What If I Was Wrong?”