Abdullah X is a fictional animated character created by a former Islamist extremist who uses his personal experiences and insights to dismantle extremist narratives and discuss current events from the perspective of a young Muslim man living in the UK.  By addressing difficult issues from a relatable character, the videos hope to bring a more nuanced perspective that encourages critical thinking and undermines extremist ideologies. Examples of topics discussed by Abdullah X include freedom of speech following the Charlie Hebdo attacks and the ideology of ISIS.

Abdullah X utilizes several different online platforms. The campaign has a dedicated website, but can also be found on YouTube, Facebook and Twitter where it engages with audiences directly. While all of the videos are animated, they utilize a mix of styles ranging from longer narrative videos to chat-show style videos that approach specific topics head-on. This mixture enables the campaign to appeal to different audiences and be more reactive, joining in on important conversations as they unfold. The campaign also includes a graphic novel introducing Abdullah X’s female counterpart, Muslimah X. 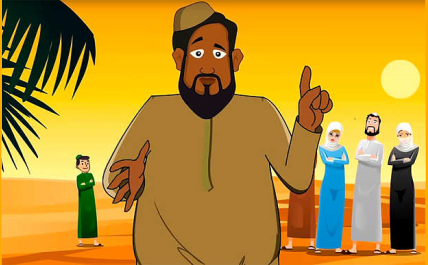 “It Takes An Idea To Defeat An Idea” - Mohamed Amin Ahmed